Celebrating the development of original plays by NC playwrights

The North Carolina Playwrights Lab is a premiere, professional program for developing new works by playwrights residing in this beautiful state. Presented through a partnership between CATG and Sips & Scripts playwriting platform, NCPL aspires to provide a robust set of tools and space for playwrights to dig deep and develop their plays in hopes of taking the next step in the journey to full production.

The 2023 North Carolina Playwrights Lab will develop 2 full-length, original plays, written by NC playwrights, over 2 weeks with 2 staged-reading presentations for a public audience. Selected pieces will be chosen through a 2-step reading process by a seasoned reading committee. At the heart of this experience is the opportunity for playwrights to receive moderated feedback sessions with a panel of 3 local and national industry professionals after each presentation of their work. These sessions are intended to inspire brave edits in the week between presentations and beyond!

Selected pieces will receive the following:

Playwright must be from NC and have a valid, current address

Blind submissions only.  Please remove any identification, contact information, and credits from your script.

Playwright teams may not exceed 2 individuals – stipend is by piece and will be split among both individuals; both playwrights must have a current, valid NC address

Late submissions will not be accepted

Play must be written in correct format – example: https://floridathespians.com/wp-content/uploads/2018/09/Play-Formatting-Examples.pdf

Musicals are not being considered at this time

Screenplays are not accepted

ADMISSION IS FREE TO THE PUBLIC! 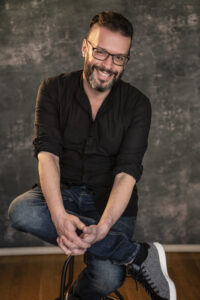 Joe is a multiple award-winning director and playwright. Off Broadway credits include Patrick Barlow’s adaptation of A Christmas Carol (Drama Desk nomination), the world premieres of Boy and In Transit(Drama Desk nomination), at Primary Stages, The Burnt Part Boys and Floyd and Clea Under the Western Sky at Playwrights Horizons, the world premieres of The Summer of the Swans and Sarah, Plain and Tall at the Lucille Lortel, the world premiere of The Mistress Cycle for The New York Musical Theatre Festival, the world premiere of Fugitive Songs, and the first New York revival of Bury the Dead and The Memory Show for The Transport Group. He is the adaptor/director of Shakespeare’s R&J, which ran for a year Off-Broadway and earned him a Lucille Lortel Award.

Regionally Joe has won Best Director Barrymore Awards for both Ordinary Days at 11th Hour Theatre Company and The Light in the Piazza at Philadelphia Theatre Company. Other shows at PTC include The Last Five Years (Barrymore Award Best Musical), Elegies (Barrymore nomination), and M. Butterfly. At Signature Theatre in Arlington Virginia, he has directed Assassins (Helen Hayes Award), the world premiere of Nijinsky’s Last Dance (Helen Hayes Award), Side Show (Helen Hayes Award), Urinetown (Helen Hayes Award), Gypsy (Helen Hayes nomination), God of Carnage, Jesus Christ Superstar, The Flick, John, The Scottsboro Boys, the world premieres of Nest, The Gulf,  The Boy Detective Fails, Cake Off, as well as the world premieres of his own plays Walter Cronkite is Dead and In the Absence of Spring which premiered in New York as the inaugural production of Second Stage’s New Plays Uptown series under his own direction. Other regional work includes the world premiere of Lincolnesque as well as The Glass Menagerie at the Old Globe, the world premieres of the musicals The Burnt Part Boys, The Memory Show, and The Mysteries of Harris Burdick (also book writer), as well as Kiss Me Kate, Breaking the Code,  Romance in Hard Times, Ragtime, A Doll’s House Part 2, Into The Woods, Sister Sorry (world premiere), and Waiting For Godot (Berkshire Critics Association Award) at Barrington Stage Company where he is an Associate Artist, The Circus in Winter and LMNOP at Goodspeed, the world premiere of Short Order Stories for Charter Theatre in Virginia, the world premiere of The Religion Thing at Theater J in Washington D.C. At the O’Neill Musical Theatre Conference, he has directed Broadcast, The Toymaker, Sarah Plain and Tall, In Transit, Picnic at Hanging Rock, and The Shadow Sparrow. He is the director of Twice Charmed: an original twist on the Cinderella story for Disney Creative Entertainment, and his reworking of Ring of Fire: the music of Johnny Cash toured the U.S for over a year.

As a writer his published work includes In The Absence of Spring (Playscripts and included in The Best Stage Scenes of 2004), Walter Cronkite is Dead (Dramatists Play Service and included in The Best Stage Monologues of 2013), Shakespeare’s R&J (DPS), his short plays, Just A Little Sniffle and Parting Gifts, two collections of his plays for teens Signature in the Schools Volumes 1&2 (Concord Theatricals). His other work for teens includes 295N, Smile Lines, 12 Million Footsteps, The Spoken Word, Winter Break and Spring Break (DPS) which will soon be followed by Summer Break, and Final Break, as well as two one acts 17 and 18 (Playscripts). Other adaptations include A Midsummer Night’s Dream (The Shakespeare Theater Company) which he has reworked once again for 8 actors as Well Met By Moonlight and will soon be published by Theatrical Rights Worldwide, and Antigone Renewed, which had its first workshop at the National Theater in London.

Other produced work includes A Measure of Cruelty (Carbonell Award nomination Best New Work and included in The Best Stage Monologues of 2013) at Mosaic Theater and will soon be published by TRW, Isolated Incidents, Watershed, and Waiting for Expanded Arts Inc., and Separate Rooms at 4615 Theatre in Silver Spring, Maryland, which is included in the Best Stage Monologues of 2020 and will soon be published by TRW. He is the book writer for the musicals The Mysteries of Harris Burdick with composer Chris Miller and lyricist Nathan Tysen, which had its West End premiere in conjunction with Mercury Musical Development and its U.S. premier at Barrington Stage Company, for Golden Gate with composer/lyricist Richard Pearson Thomas (developed at Second Stage and Lincoln Center), and he was a contributing book writer of the Drama Desk Award nominated The Audience (The Transport Group.) His current work in development includes The Circus in Winter with composer/lyricist Ben Clark, and A Rhythmic Me with collaborators Jared Grimes and Mark Meadows.

He served as Director of New Works at the Tony Award winning Signature Theatre in Arlington, Virginia, as resident playwright at Expanded Arts, Inc. for two years, and as Resident Director at Barrington Stage Company. He has been a Joseph Papp artist in residence at Second Stage, sat on the Executive Board of the Stage Directors and Choreographers Society (SDC), is one of New York Theatre Workshop’s “usual suspects,” is a Drama League directing fellow, and is a member of The Dramatists Guild. 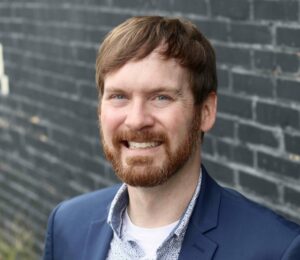 The Weight of Everything We Know

Allan is a North Carolina-based playwright and game writer who’s been writing for the stage and screen since 2004. Favorite productions of his plays include EverScape (NYC Fringe 2015 and Sonorous Road Theater), Two Late (Carrboro Arts Center 10×10 Festival), Tales and Fermentations (Seed Art Share), and Framing the Shot (Sonorous Road Theater). Allan also worked as a video game writer and voice director on the MMORPG Fallen Earth and the Serious Games GE2050 and Uptick. Allan is a graduate of Duke University and holds a masters in performance studies from UNC Chapel Hill. 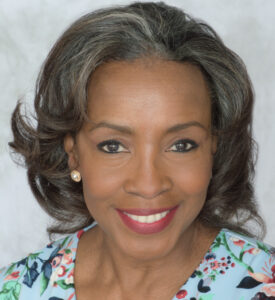 Nan-Lynn Nelson aka N.N. Ewing, has been in the theatre for over 40 years in New York City. As an actress, Nan-Lynn’s Broadway credits include: the TONY nominated musical, RUNAWAYS; OPEN ADMISSIONS; as well as the replacement for Angela Bassette in August Wilson’s JOE TURNER’S COME AND GONE. Nan-Lynn has been a principle performer in many television commercials; films, as well as primetime and daytime television, including VIKKI on the critically acclaimed THE BLOODHOUND GANG, NBC’s HOT HERO SANDWICH, Vivienne Roxbury- Barnes on ALL MY CHILDREN, and several features on LAW AND ORDER,

AS A PLAYWRIGHT: Nan-Lynn Nelson has been a finalist in the prestigious Susan Smith Blackburn international women’s playwriting contest in London for her play: LEAVING WATERMAINE. An Artist-in-Residence at the Tribeca Performing Arts Center where she developed her play entitled: ENEMY OF THE B.R.E.A.D. Garnered a 2020 Individual Playwright’s Grant from N.C. Arts and Science Council for a ZOOM presentation of A TOWN CALLED WITNESS: An Urban Afro/Greek Tragedy. Her play GLORY! premiered in 2019 at the iconic Dixon Place; And many other titles. She holds a Bachelor’s degree in English/Theatre. She is also a playwright member of The iconic Actor’s Studio in New York City. Happy to now be a resident of North Carolina